The black coach is an impressive centrepiece for a Nighthaunt army - which hopefully will get even more impressive in the new Battletome which should be heading our way in the next few months.

It looks. however, really fiddly to paint if it's all stuck together. I couldn't find anything online about sub assemblies - so this is my plan.

These parts will be undercoated with Chaos Black:

They end up in mostly dark colours as wood, metal or stone, so black seems a good choice.

And these in Corax White - as they're going to end up rather ghostly:

Note the little blobs of white tack, protecing the surfaces which are going to be glued later to bring the whole thing together - including on the cairn wraith's bum.

Note the roof over the coffin - where there's lots of little spots to be filled, where the relic bearers will attach later. 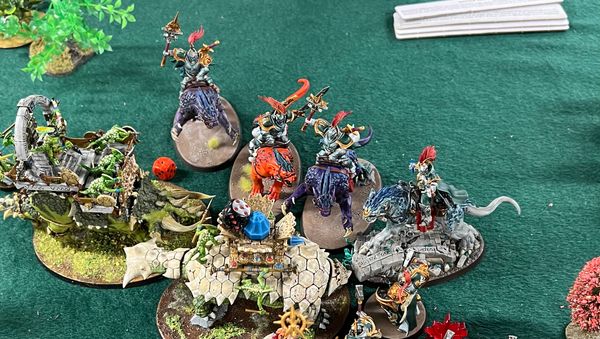 Dracolines have some cool looking models, but they don't seem to be used much competitively. Indeed, I'm the only person I've seen playing them at a tournament. Why? As the warscroll says Dracolines are fearsome beasts of Azyr whose roars can unman even the staunchest foes. When their savagery is 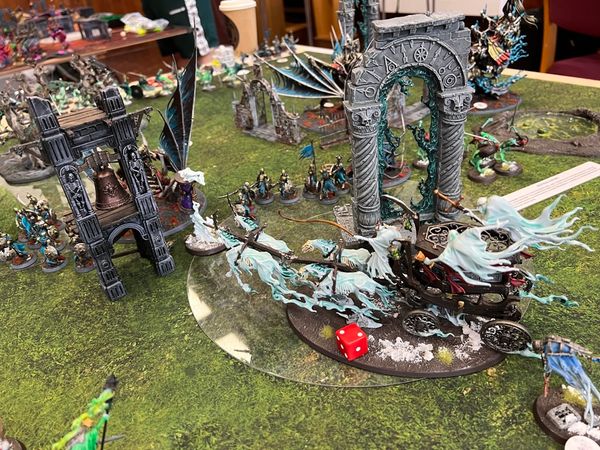 The Black Coach looks great... but doesn't play too well. I took the new Nighthaunt battletome to the first lvl up gaming one day event in Ringwood. My list was: Procession: Scarlet Doom Grand Strategy: Hold the Line Triumphs: Bloodthirsty * Lady Olynder * Lore of the Underworlds: Spectral Tether * Guardian of 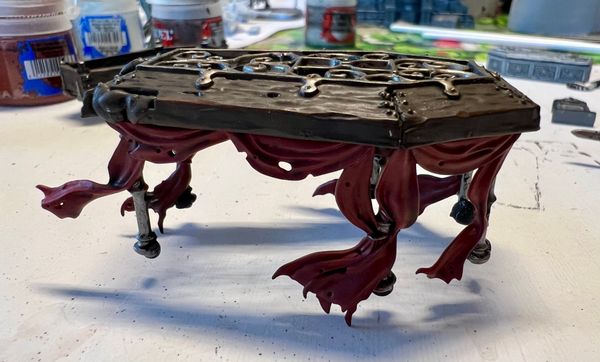